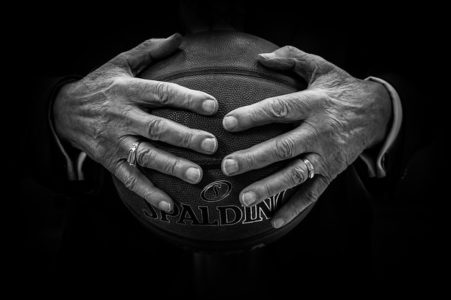 2019 is here, and it’s almost time to file your first tax return under the new law. But you probably sat around watching sports all weekend instead of talking taxes, didn’t you. (Did Santa bring a new TV?) So, as we ring in the New Year, let’s take a look at how the new tax bill affects some of those athletes you’ve been watching.

Washington sold the Tax Cuts and Jobs Act as “tax simplification.” And really, who can’t raise a toast to that? Lower rates! Higher standard deductions! A 1040 you can fill out on a postcard! But many taxpayers, especially those in high-tax states like New York and California, can be forgiven if they feel like they woke up with a massive hangover. Deductions for state and local income and property taxes are now capped at $10,000, regardless of income. And employee business deductions are nixed entirely. That’s going to be pricey for the Very Large Men we mentioned in the title.

Take 6’8″ NBA superstar Lebron James. He’s played in Cleveland, where state and local taxes total 7.5%. He’s played in tax-free Miami. And now he’s playing in Los Angeles, where he pays 13.3%. (13.3% going to California sure sounds like a technical foul.) Under the old rules, he could deduct whatever he actually paid. Now the refs limit him to the same $10,000 as the rookies earning the league minimum. Granted, that minimum is $838,464. But doesn’t it make sense to let a guy paying tax on 43 times that amount actually deduct 43 times as much?

Even athletes who play in states with no income tax used to be able to deduct non-employee business expenses: agents’ and managers’ fees, health club and training expenses, travel expenses, and players’ union dues. But now those are gone, too. Agents typically take 10% of a client athlete’s salary and endorsement income, which means losing that deduction alone can eliminate the benefit of lower overall rates.

The new law does give LeBron one potentially important break. Charitable deductions used to be capped at 50% of adjusted gross income. The new law raises that limit to 60%. LeBron is famously charitable, especially for educational causes, and may appreciate that change someday.

As for that postcard-sized tax return? Well, yes, the IRS has released a new Form 1040. And yes, you can print it on a postcard. But don’t get too excited. They’ve just stripped out half of the information from the old 1040 and dumped it into six pages of Schedules. Have capital gains to report, or student loan interest to deduct? You’ll have to file Schedule 1. Owe AMT? Schedule 2 is just four lines . . . but there goes your postcard. Need to pay self-employment tax? Welcome to Schedule 4. And who wants to report their income where the mailman can see it on its way to the IRS, anyway?

This New Year, millions of Americans will pick cliched resolutions like eating less, exercising more, crying less, or smoking more. (Possibly a typo.) We’d like to suggest something a little more profitable: minimizing the bite that taxes take out of your year. Call us to save, and make 2019 your best year ever!