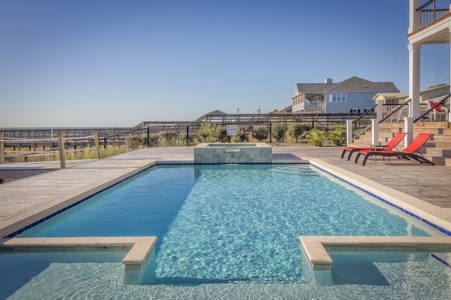 Nobody really likes to pay taxes. It’s no surprise, then, that so many people work so hard to avoid them. As humorist Fran Lebowitz once said, “a dog who thinks he is man’s best friend is a dog who has obviously never met a tax lawyer.” Truly proactive tax professionals like us understand that you don’t just want to know how much you owe. You want us to use the ins and outs of the tax code to help you pay less.

And so this week’s episode of Beat the Tax Man takes us to David Burbach, a municipal swimming pool consultant and designer from warm, sunny Wisconsin. Now you might think that cash-strapped local governments would rather pay for sewer systems or orange barrels than swimming pools. But Burbach is clearly good at his job — he’s designed over 600 pools nationwide. Naturally, that’s led to some big personal income tax bills. Burbach had also started worrying about legal sharks feasting on his riches if one of his pool designs were to fail.

Burbach’s search for asset protection and tax relief led him to an accountant named George Eldridge, who marketed himself as more than your run-of-the-mill, numbers-in-boxes kind of guy. Eldridge presented himself as a bare-knuckle brawler, gleefully taking on the IRS on his clients’ behalf:

Burbach is an engineer by training, and he probably would have done more homework if he were buying a used Volkswagen Jetta. But he dove right in and agreed to pay Eldridge $12,000 per month for his protection.

Now, corporations, nonprofits, and defined benefit pension plans are all perfectly legitimate tax-planning tools. Unfortunately, Eldridge’s follow-through didn’t hold water. For starters, he never even bothered filing Burbach’s taxes! (Eldridge told him that corporations have six years to file.) Burbach’s empty promises led Burbach down a path that might have been funny if he hadn’t wound up in court.

Burbach had to know he was going to get doused with taxes. However, he argued he had reasonably relied on Eldridge’s advice, so he should avoid penalties for Eldridge’s failures. Tax Court Judge Holmes opened his opinion on Burbach’s claim by quoting from Professor Harold Hill of The Music Man. And you can probably guess that quoting a fictional con man isn’t a good sign for the taxpayer.

This week’s story offers all sorts of lessons. But the most important one is something you learned long before you knew about taxes: if it sounds too good to be true, it probably is. So don’t be afraid to challenge us to show you the receipts. You’ll wind up paying less tax and sleeping better, too!