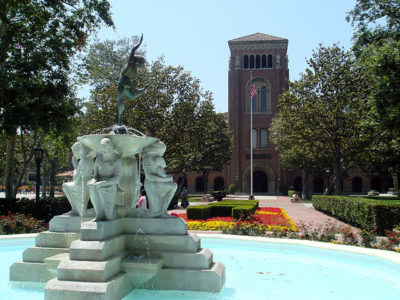 Early on a Tuesday morning, FBI agents fan out across the country to arrest dozens of people in six states on racketeering charges and other offenses. The next Gambino family mob “rollup”? No, it’s “Operation Varsity Blues” — the newest celebrity scandal, featuring CEOs and Hollywood stars bribing their children’s way into competitive colleges! And, like with most good scandals, there’s a tax angle lurking underneath the juicy gossip.

Some of our most successful CEOs never finished college. The list includes Bill Gates, Steve Jobs, Mark Zuckerberg, Russell Simmons, and dozens more. Astonishingly, millions of Americans manage to find happiness and success in life without ever going to college at all! But competition for spots at top schools grows ever more intense (Stanford University’s acceptance rate is down to one out of twenty.) That’s forced striving students to up their game . . . so is it any surprise their striving helicopter parents are upping their game, too?

This week’s story starts with a former teacher named William Singer, who established a college counseling business called “The Key” and a nonprofit called Key Worldwide Foundation. The Key may have been a legitimate-enough service for affluent families who wanted a regular dose of rigging the system. But parents who were willing to pay for VIP-level rigging could make “charitable” contributions to the foundation, which Singer used to bribe test administrators and college coaches. Singer bragged that he had helped 761 families open what he called a “side door” into top schools.

In one case, actress Felicity Huffman shamelessly “donated” $15,000 to Singer’s foundation to doctor her daughter’s SAT results. (Huffman is currently free on $250,000 bail.) In another, Lori Loughlin, who played Aunt Becky in the critically-acclaimed drama “Fuller House”, paid $500,000 to market daughters as rowing team recruits at USC. Of course, neither girl would recognize a scull if you knocked her over the head with it. (Loughlin is free on $1 million bail — bigger bribe = bigger bail.) Both families should probably tell their accountants to expect correspondence from the IRS about those bogus charitable deductions.

Ironically, the Tax Code includes plenty of legitimate breaks for financing college costs. Scholarships and fellowships are generally tax-free. There’s the American Opportunity Credit, the Lifetime Learning Credit, and an above-the-line deduction for student loan interest. The problem, of course, is that none of those breaks help you get in to that pricey school in the first place! (You can’t even deduct your kids’ SAT test-prep fees.)

As for Singer, he’s been cooperating with feds since September. He pled guilty just hours after the story broke, and it looks like the Justice Department has all the receipts they need to lock down more convictions. That’s typical for federal prosecutors, who don’t bring charges until they have a stack of evidence tall enough to stand on and change a light bulb. Coaches and even some of the parents have been fired, too.

So, how hard are you working to get your kids into college? It used to be enough just to schlep them from soccer games to violin lessons to test-prep classes. Now you’ve got to start committing felonies, too? Are you sure Olde Ivy is really worth it? Fortunately, you don’t have to commit any crimes to put smart tax planning to work to pay for it, wherever they go. You just need a plan. So call us when you’re ready to ship the kids off to school, and let us help you save enough to throw a party when they graduate!